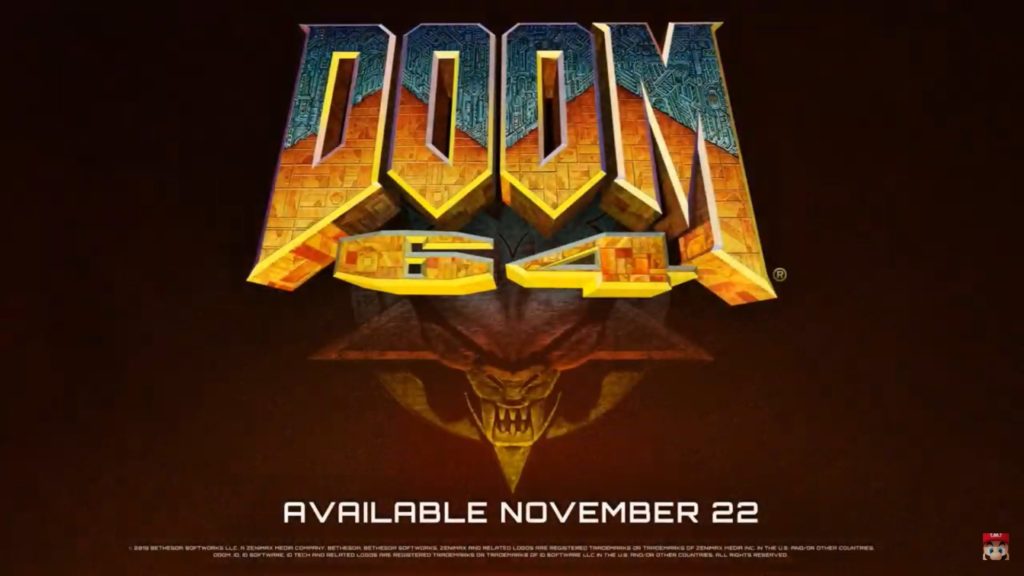 We Are All Doomed! Bethesda Announces Doom 64 For Switch

During Nintendo’s latest Nintendo Direct, Bethesda announced Doom 64, what many considered to be a sequel to the original PC smash hit for the Nintendo Switch on November 22nd. When it was released, Doom 64 included 32 brand -new maps, refreshed artwork, new weapons, and other tweaks.

The title has become a more difficult title to track down as of late and now you can have the ability to fight hordes of demons any anytime and more importantly anywhere you are.