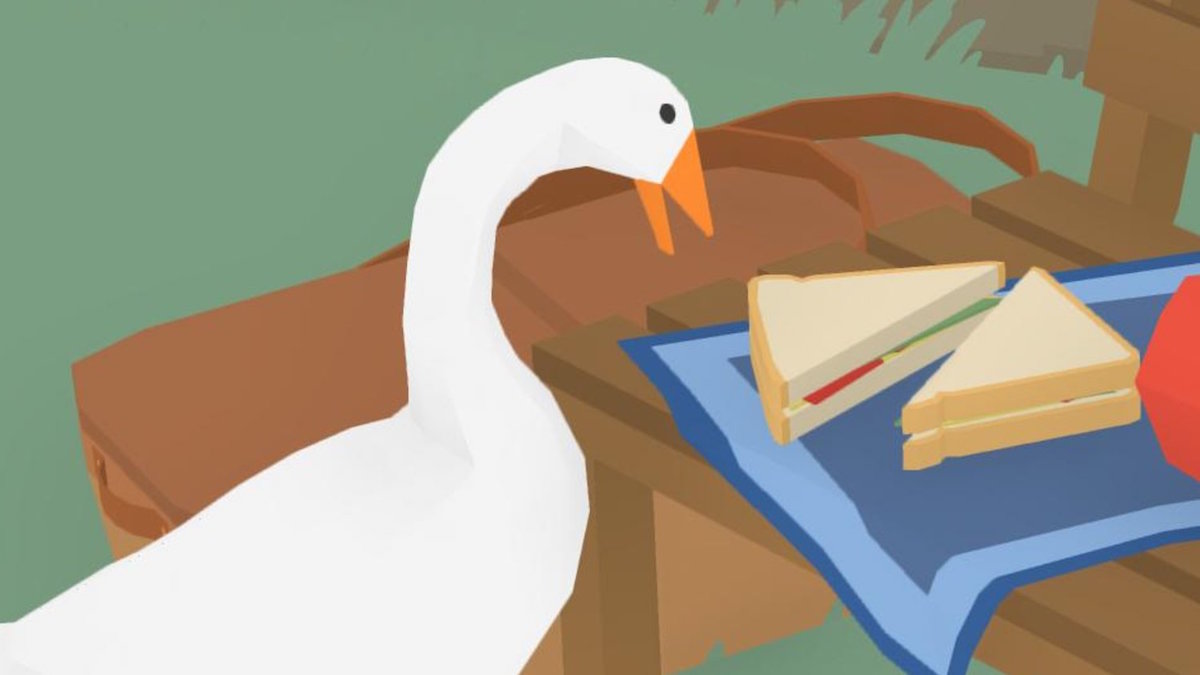 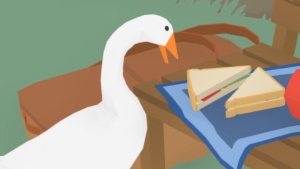 The graphics are charmingly simple. It gives the player enough information to immerse themselves but not enough to distract them. The player starts near a pond inside a small neighborhood. The environment is interactive but not overwhelming, and as the game progresses, you are granted access to more and more spaces within the village. The objective of the game is to complete tasks within a given task log. Oftentimes these tasks include exploring the world and annoying NPCs, as any normal goose would. Upon completing all of the game’s main tasks, you get a golden bell. Once you travel back to the game’s starting point, you unlock new tasks to be completed across the map. This leaves you with a wide variety of tasks to complete throughout your playtime. Some tasks are simple, while others are not intuitive and require some problem-solving. This interaction completely betrayed my first impression and I found it to be endearing. In a game revolving around surprises, this was a pleasant way to fit another one in.

Going into more detail, there are quite a few more tasks to accomplish in the game. More and more open up for each area you complete a given list of tasks for and the post-game even gives you more to complete as well. Included in these is a group of speedrunning tasks as well as tasks that take place throughout the entire map, requiring you to transport objects in-between areas. Because of the number of tasks the game provides you with, it’s hard to see it getting boring until a second or third playthrough. Since the playable map is so small, it’s easy to get familiar with it quickly. There is certainly room left to expand the map’s areas or even add new maps altogether. Until that happens, the game’s entertainment value exists more in its gimmick rather than its content. This is great in terms of the immediate success the game has seen so far but doesn’t bode well for its longevity, making it something easily forgotten if it stays as nothing more than a craze.

The music and sounds of the game are enjoyable. The soundtrack is dynamic and changes based on how you’re interacting within the environment. It makes you feel like you’re actively taking part in a cartoon. The classic climbing piano notes associated with a chase is one of the many ways this cartoonish feel transforms the game. The music plays a crucial role in the comedic atmosphere of the game. Additionally, while the opportunities for sound aren’t huge, the developers’ attention to detail is great. The muffling of honks when holding objects or the change in sound when holding objects like a bottle or harmonica makes it fun to explore exactly what sort of noises you can make. 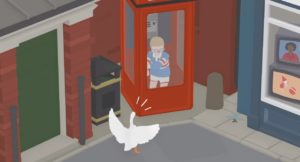 There isn’t a lot of opportunities for fun controls when you’re a goose in a realistic environment. The game isn’t intimidated by this by any means, however, and provides you with anything you could’ve thought of. With running and grabbing being the most often used buttons, the other controls are much more niche in their usefulness. The thing I loved about them was the expressiveness they provided for you. Running after things with your neck craned and wings spread or honking after you knock someone down made the game much more entertaining to play. I found myself not only enjoying the humor in the game but actively trying to amplify it with the expressiveness of the controls.

As a bird lover, I was bound to love the game. I was however surprised by the ability for expression the controls offered and the puzzles that the task lists created. I genuinely had to think of how to accomplish certain tasks, and the rewarding of the player for manipulating and exploring the environment gives a silly game a sense of accomplishment. My only wish is that the main story offered more areas to play in, but the endgame increasing the available tasks for you to do helped to reconcile that. All in all, this game accomplishes the type of content it sets out to provide players with very well with the only real downside being that the amount of content it does provide is relatively small.