It’s another week and E3 is wrapping up, and more rumors that weren’t addressed by Nintendo have reared their heads again. The Wall Street Journal has published a report during E3 2019 that that releases some new details about Nintendo’s supposed new Switch models.

The report also provides information about Nintendo has decided to move production of the new consoles, as well as some of their current production to Southeast Casia instead of China over fears of proposed tariffs imposed on China by the United States government.

The proposed 25 percent tariff on imports from China would include various electronics including video games, smarts, 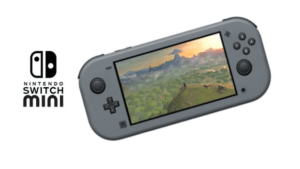 and other computer products. This increase in import costs could possibly increase prices on game consoles if hardware companies pass those costs on to consumers.

According to the Wall Street Journals report, Nintendo has moved some of the production of existing models of the Switch to Southeast Asia already. Nintendo clearly stated before E3 2019 started, and followed through with this promise of not revealing any new information during its presentation.

Previous reports have stated that Nintendo is currently working on and would reveal two new models of the Switch including one that will feature better components, with the other rumored to bless expensive model with a smaller form factor with lower specs.

Nintendo has declined to comment on the report when they were approached by Wall Street Journal per the usual we do not comment on rumors and speculation. The question remains, will Nintendo announce and launch two new versions of the Switch? Nintendo has a long history of revisions to its hardware, so it remains to be seen.

Be sure to keep checking back for more information as it is released.