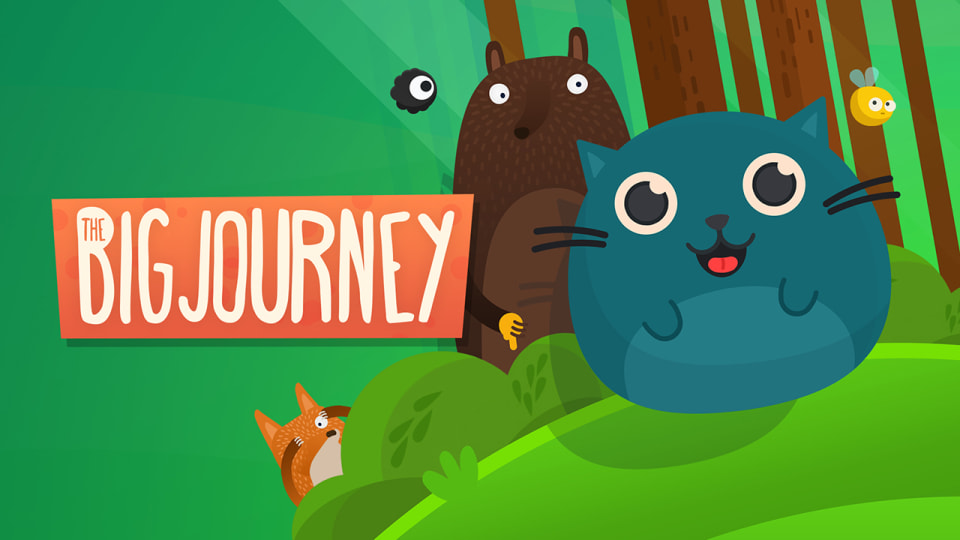 The Big Journey by Catfishbox is casual gaming at its best.  The developer has created a physics-based game with characters that are cute and gameplay that is addictive.  The overall simplicity of the game makes it fun for anyone but also challenging enough to keep you on your toes as you work your way through the levels. 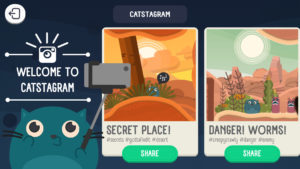 The objective of each level is to meet the challenges set before you, such as finishing them under a predetermined time, collecting a certain number of bugs, and collecting a certain number of dumplings.  If you meet the three challenges you will gain stars the open the next stages and levels. Be careful as you travel though because the snails, spikes, and floating enemies can cause you to lose your dumplings.  You can pick them back up but it causes you to lose time in the game. As if Mr. Whiskers the roly-poly cat was not cute enough he gets bigger as he eats the dumplings that he finds.

The game offers two control styles depending on your preference.  The first control scheme is using the buttons available to allow you to move.  You rotate the screen with the L thumbstick to allow Mr. Whiskers to roll through the levels.  The A button is used to jump and bounce off of enemy creatures that appear on the screen.

The second control scheme allows you to use motion controls by turning the remote to move.  The ability to play on the Switch in portable mode lends itself perfectly to this type of tilt controls as you move the screen left and right to help Mr. Whiskers along his way.

The game is broken into five chapters with five levels each for fun and challenging gameplay that is not too repetitive.  Each chapter has a unique setting as you begin to explore you move from area to area. Each area corresponds to an area such as deserts, volcanos, caves and more. With 30 levels to explore the game sports a robust amount of gameplay that does not get old.  You will come across 25 different animal friends as you explore the world gathering bugs and dumplings. You also can unlock a total of nine different cat characters to play as. The game also features a second mode called Adventures which adds levels in what the game calls Wonderland that can be unlocked by collecting 25 stars from the story mode. 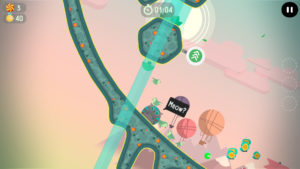 The game is filled with vibrant colors and beautiful music.  The backgrounds are works of art that draw you into the environment they present.  The creator has built a storybook feel that is intriguing and makes you want to play till the end to finish the simple story and see how the plot is resolved.  The music is soothing and fits perfectly with the sereneness of the game. In some games, the best thing to do with the music is to turn it off. The Big Journey, however, is not one of those games.  I enjoyed the music so much that I found myself leaving it on in the background as I did other things.

The quest for Mr. Choo is a satisfying and challenging adventure that makes me want to keep playing.  The simplicity of the game makes for hours of fun and entertainment. The Big Journey is perfectly at home on the Switch and is great to play whether on your TV screen or portable as you travel around.  Catfishbox has created a fun and addictive game that I would recommend to gamers of all ages. Step aside Garfield there is a new fat cat in town and his name is Mr. Whiskers!