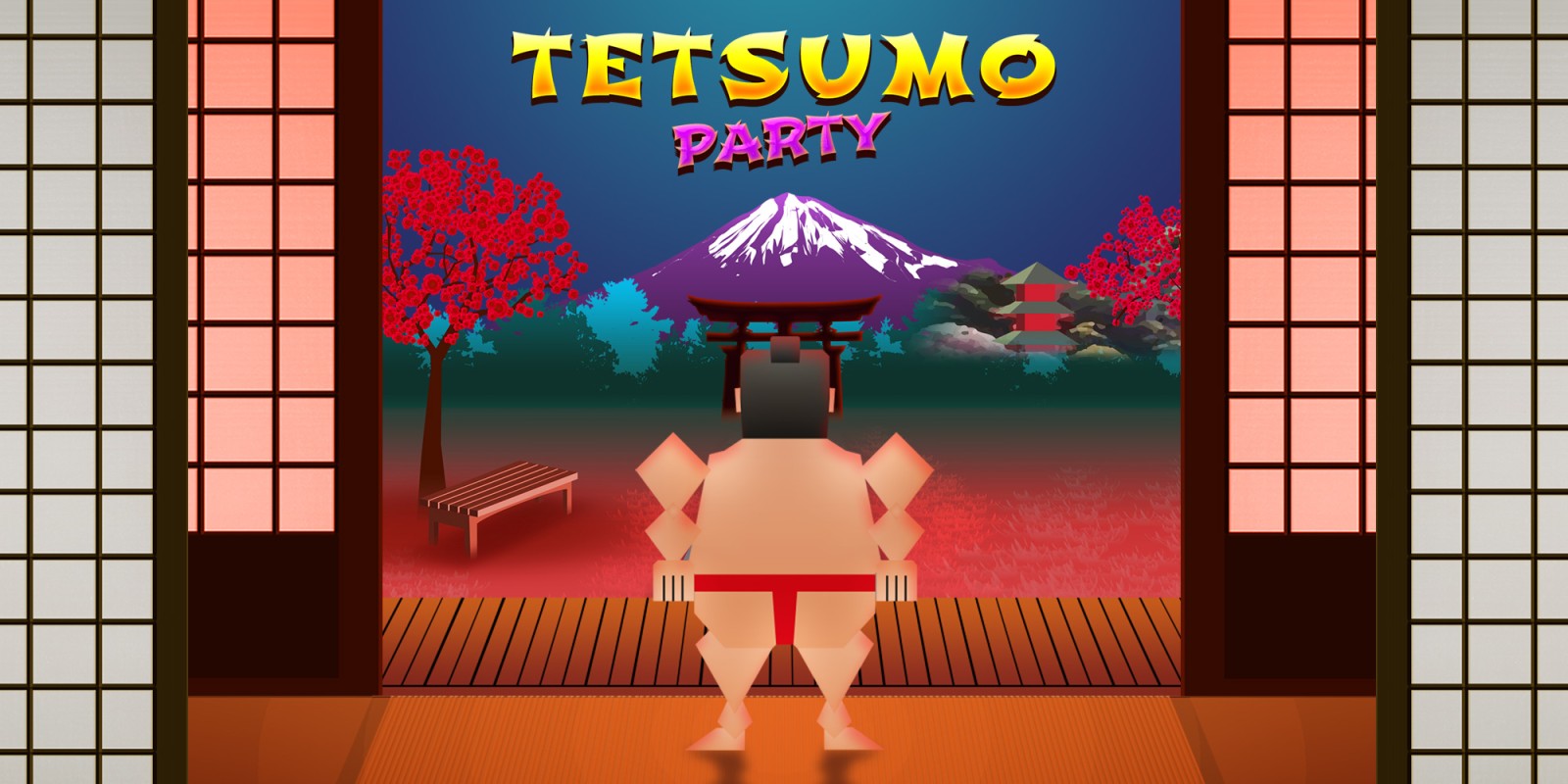 Tetsumo Party is exactly what the title suggests a party game for multiple players.  Developer Monster Couch has created a game that harkens back to the Wii days of casual gaming.  Play consists of single-player, cooperative, and versus local multiplayer mode. The game can handle up to 8 players with the use of two JoyCon controllers.  It does, however, lack online multiplayer mode. A tad disappointing but not a truly bad thing as the fun of playing this game is being in the same room with the other players. Playing the game and making it through walls is rewarding as it unlocks new features but the real joy in the game comes in the failures as your Sumo is slammed against the tv screen when you fail.  The more people playing the better because the laughter is contagious as you watch the sumo try to make it through the walls. You will find yourself laughing pretty hard when you fail and a sumo butt in a red diaper slaps against the front of your TV screen. 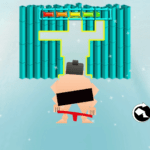 Reminiscent of a Japanese Game Show you play as a Sumo who must move your body parts to fit through random shaped holes in the bamboo walls. Moving your characters arms and legs is as simple as a push of the buttons.  The game can be played using the top four trigger buttons in portable mode or in docked mode using the JoyCon controllers for multiplayer or singleplayer mode. In this position, you use the arrow keys or the a,x,b,y buttons.  Each button corresponds to an arm or leg of the Sumo’s body. As you play waiters will come up to offer you sushi, green tea, or clocks that you must reach out to grab all while trying to continue to position yourself into the proper way to fit through the bamboo wall.  Be careful of your movements because you could cause your Sumo’s diaper to fall and then you have to help him pull them back up. I am not sure what is funnier the Sumo’s diaper around his ankles or the black censor bar that appears over his butt as you are playing.

Playing the game for completion requires you to use skill and speed as you make your way through the game the speed and difficulty of the walls increases.  The menu screen consists of nine different character skins that can be unlocked by moving through the levels and amassing more and more walls to pass through.  Each character skin has 3 challenges to complete which opens up more of the characters. The game has varying backgrounds that change as you move throughout the levels.  Backgrounds are as random as the walls you are moving through. In my playthrough, I saw pyramids in the desert, a snowy lake next to a Japanese House, and a pier beside a cherry blossom tree with a Japanese style boat out on the water.  The art style on this game makes the backgrounds beautiful to look at but not enough of a distraction to keep you from your primary target of making your way through the walls. The game has a very basic music style that plays in the background as you progress.  It consists of voices making sounds as you do well or fail in a stereotypical Japanese voice. The sound effects of the movements from your arms and legs sound as if you are performing karate. 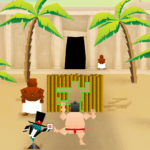 The game although monotonous does have a ton of potential in the amount of playtime that you can log.  When you fail you just get back up again and continue to try again. The more you play the better you will get at the challenges of the walls.  I found my number of walls completed count going up with each new playthrough. Even though I would continue to fail the laughter of the people playing made us want to play more and more.  Even as a casual party game I can see it being broken out and play when people come over again and again.

Tetsumo Party at first glance seemed to be a casual game that would leave you bored after a single playthrough.  However, Monster Couch has taken that style and turned it on its head by making a challenging fun game that entertains and keeps you on your toes trying to achieve the goal of not crashing into the bamboo walls.