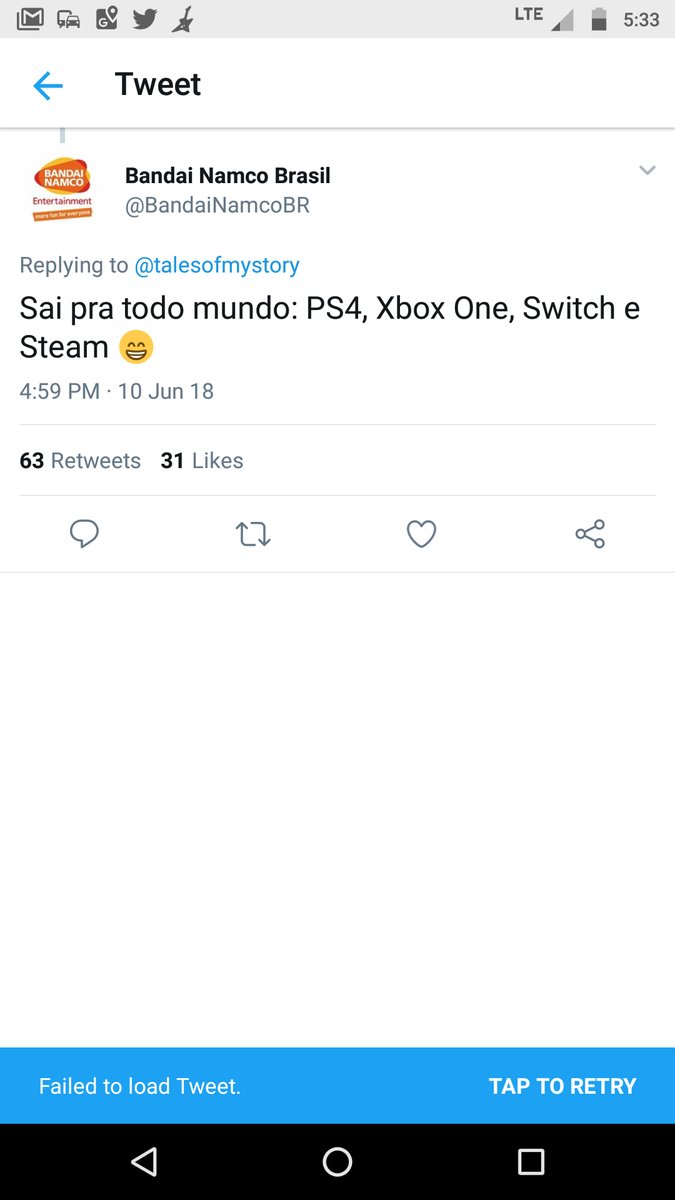 Update: It’s confirmed. A pre-order page for the Switch version is now on Amazon.

So, I was watching the Microsoft E3 Press Conference, and it was. . . actually interesting (Gasp).

We got a trailer for Tales of Vesperia: Definitive Edition, as well as confirmation that it’s NOT an Xbox One exclusive. However, people are already in a frenzy all over twitter as to whether or not that this game/remaster/”port” is or is not coming to the Nintendo Switch.

The featured article image (Featured above) is adding to the confusion, as it says that the game is coming to the PS4, Xbox One and Nintendo Switch. (Still confused about whether it’s coming to PC as well.)

To add even more confusion into the mix, the tweet, coming from Bandai Namco Brazil, was deleted rather quickly. I will update this post with anymore concrete information that I find out in the coming weeks.

Oh, and I did check Twitter before making this story:  Some people say the game is coming, while others are not, and everyone just wants concrete answers.