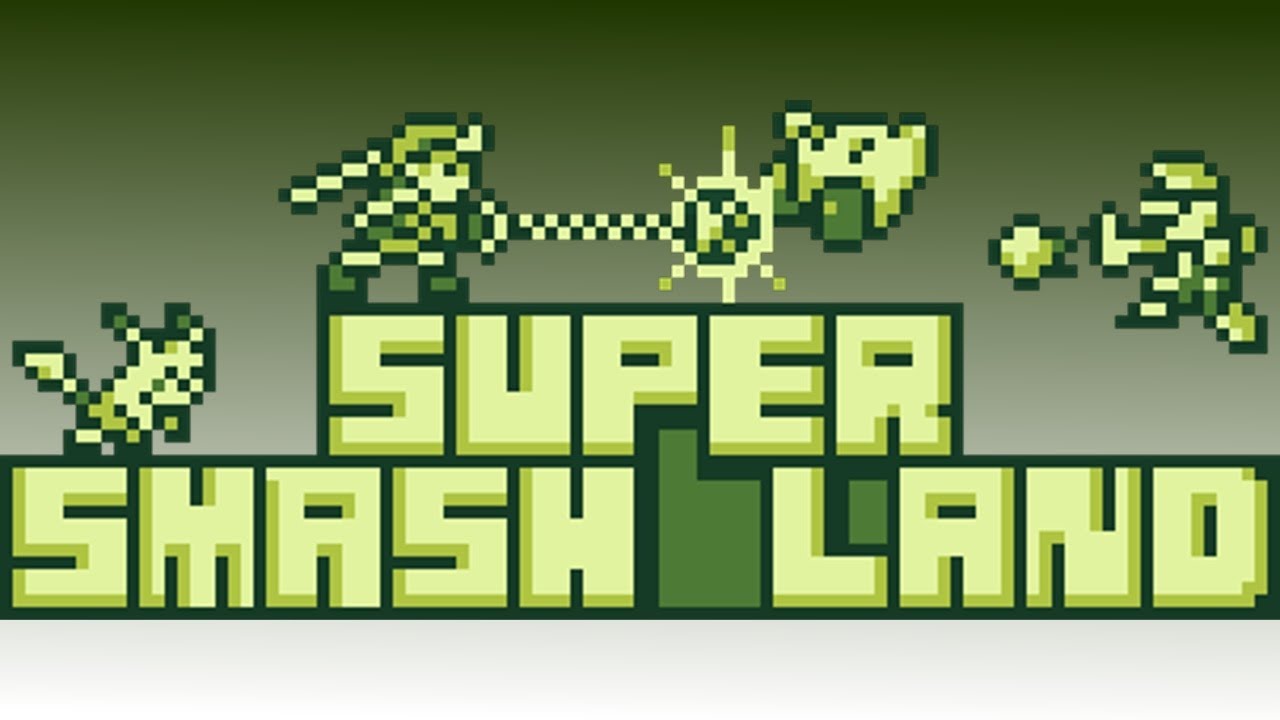 With the recent announcement of Super Smash Brothers for the Switch, I decided to repost my old review of Super Smash Land for the PC. I know this isn’t a Switch or 3DS game, but I feel it’s still relevant to post. I edited it some for grammar, but it’s intact from 2014. Enjoy!

Every once in a while, someone comes up with an idea for a game. An idea that has been done before, but when it’s done this time, it’s something completely different. That is what Super Smash Land for the PC is. Designed as a ‘demake’ of the original Smash Brothers game, it looks and plays just like you would expect a Smash game to be on the original green screened GameBoy.

The author calls it an “An epic demake of the classic Super Smash Bros.”, and after a little bit of time with it, we agree.  It brings a tremendous feeling of nostalgia when playing it, from the opening screen being in that lovely shade of green and black to the 8-bit music that you’ll instantly recognize.

When it comes to gameplay the controls are rather simple, You have one button to jump, one button to attack. The combat is simplified over the console “Nintendo” versions, You can do different attacks depending on your character and what direction are you pushing on your “directional pad”.

The graphics are exactly what you would expect out of a classic GameBoy game, green and black with shades of each. The character ‘models’ are rather well made and do look ‘beautiful’ for what they are. We’re not talking a Crysis, but it certainly does bring back a feeling of “old school”. The music is even more nostalgia-laden 8-bit classics, and very well made.

You get to choose from 4 characters from the get-go. You can choose between Mario, Kirby, Pikachu, and Link with unlockable characters that I will let you find on your own.

As for game modes, there is the classic arcade, which consists of 4 main levels and a final boss fight. Also, there is an “Endless” game mode and a “Versus” mode. All pretty standard as far as Smash Brothers go.

All in all, the game is rather fun. Out of the characters I have to say, just like Super Smash Brothers Brawl that Kirby is my favorite character. I definitely recommend trying this game out at least once, you won’t regret this trip down memory lane. You can download the title at its website, SuperSmashLand.com