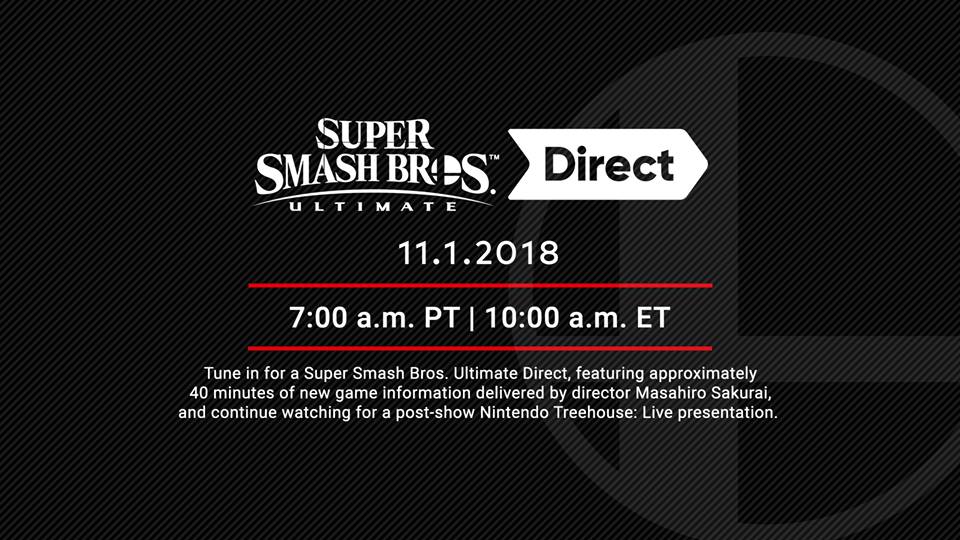 Nintendo has announced a new 40 minute Super Smash Brothers Ultimate Nintendo Direct presentation that will be released on November 1st. We previously talked about the possibility of a Direct being released in early November. With the holiday season upon us, we look forward to the information revealed during this video and look forward to at least one more Direct before Christmas.

You can watch the presentation at 7 am PT, 10 am EST through Nintendos Official Twitch channel, through the Nintendo Direct website, or via the embedded video below.  Check back for our thoughts on the information revealed through this Direct.