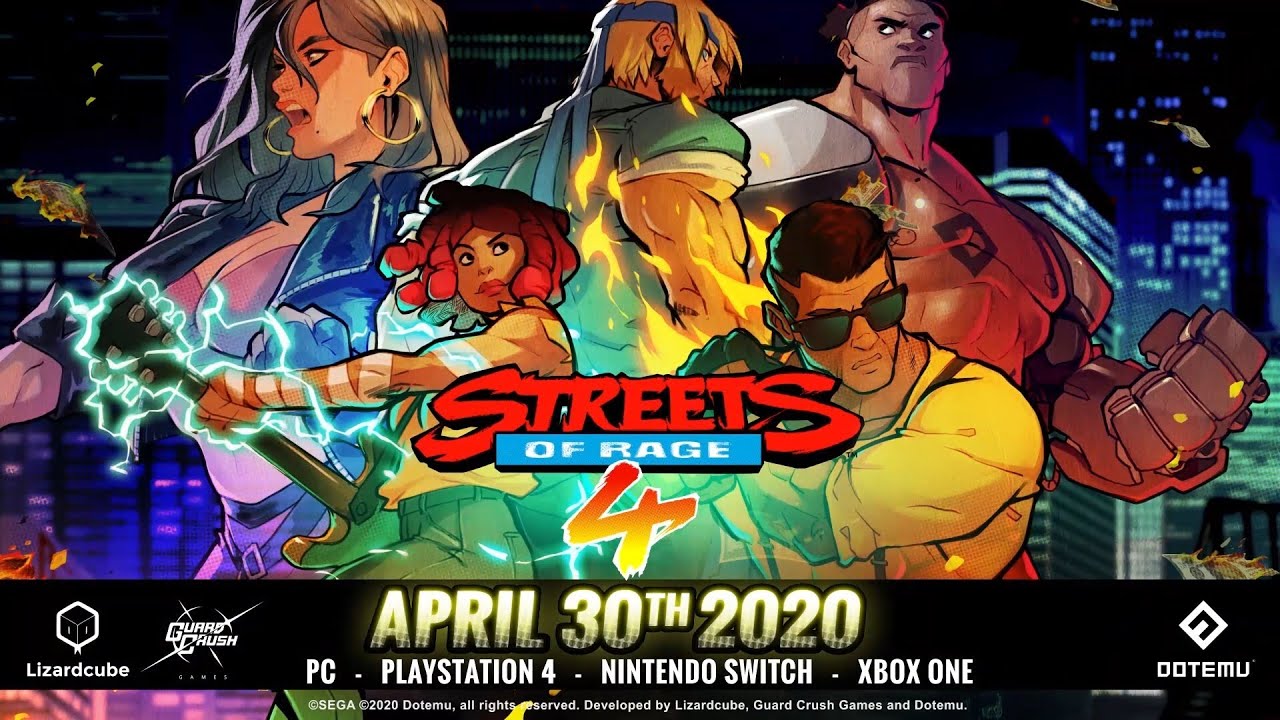 Streets of Rage 4 Coming to Switch in April

Developer Dotemu along with developer LizardCube announced via their Twitter that the upcoming brawler Streets of Rage 4 would be coming to your Switch on April 30th of this year for $24.99. Released along with this announcement was a new trailer for the title. Check it out above.

Get ready to become the Undisputed Champion of Wood Oak City with the Battle Mode!