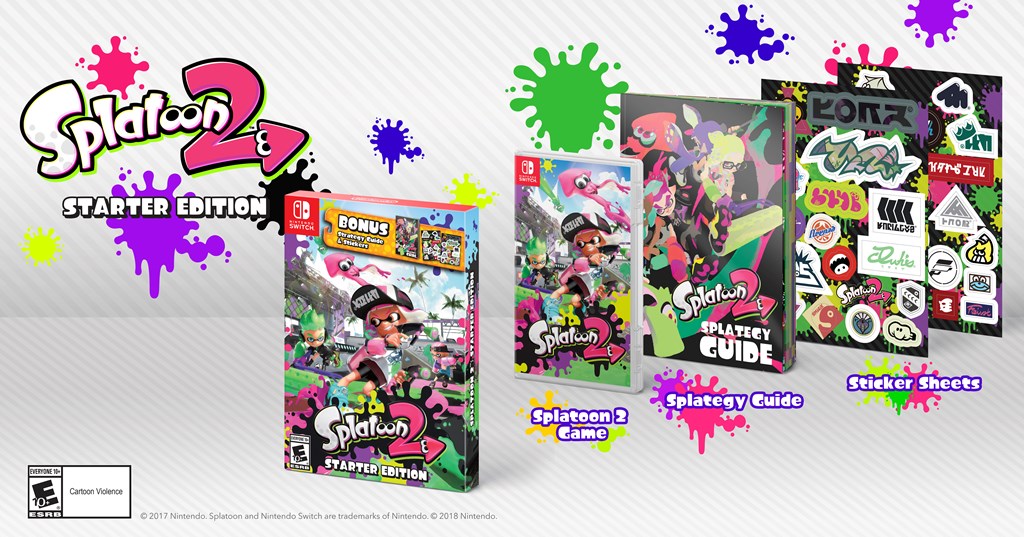 For anyone who doesn’t yet own Splatoon 2, but has been wanting to buy it you are in for a treat. Nintendo has announced that on March 16, the Splatoon 2 Starter Edition will be available in stores.

This special bundle of the hit game will include the full game, a 100-page Splatoon 2 strategy guide, and two sheets of Splatoon Stickers at the MSRP of $59.99. This price point will put it at the same price as the standalone game, with extra value added. Splatoon has sold almost five million copies since it launched on the Switch last summer.

In addition to this news, Nintendo also announced two new Splatoon 2 Amiibo figures will also be launching in store this year as an exclusive two-pack including “Off The Hook” duo of Pearl and Marina.