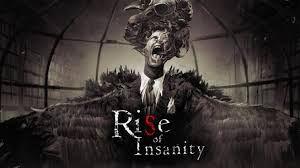 Rise of Insanity is the First AO Game on the Switch!

An AO rated game on the Nintendo Switch!

For those who’re unaware, AO stands for Adults Only.

Yup. You read that right. An ADULTS ONLY GAME ON A NINTENDO CONSOLE!

And this is a Switch console exclusive on top of that (Yeah, it’s also on PC, but still)!

This is HUGE! Nintendo really is doing their absolute best to get away from their family-friendly image. And after the censorship of games such as Xenoblade Chronicles X and Fire Emblem Fates two years ago, you’d NEVER expect them to pull something like this.

Good job, Nintendo! You’re really knocking it out of the park with Third-Party Support!

Anyways,  SimFabric is responsible for porting Rise of Insanity to the Nintendo Switch platform and is the publisher of this title in Nintendo eShop. The release of the game is planned for Q3 2018.

What do you think of this news? Feel free to comment down below your thoughts on this news.

EDIT: The above video has been removed for some reason. Hmm. . . rating change looming,  perhaps?

I highly doubt that it will keep that AO rating on the console release. It’s not that it’s illegal or anything for a console game to be AO, it’s just console developers don’t generally allow it, ever.

With that being said, I am a bit interested in this game.

Yeah, and the Switch reveal trailer got removed, apparently. Hmm…. Could a rating change be in the works, perhaps?