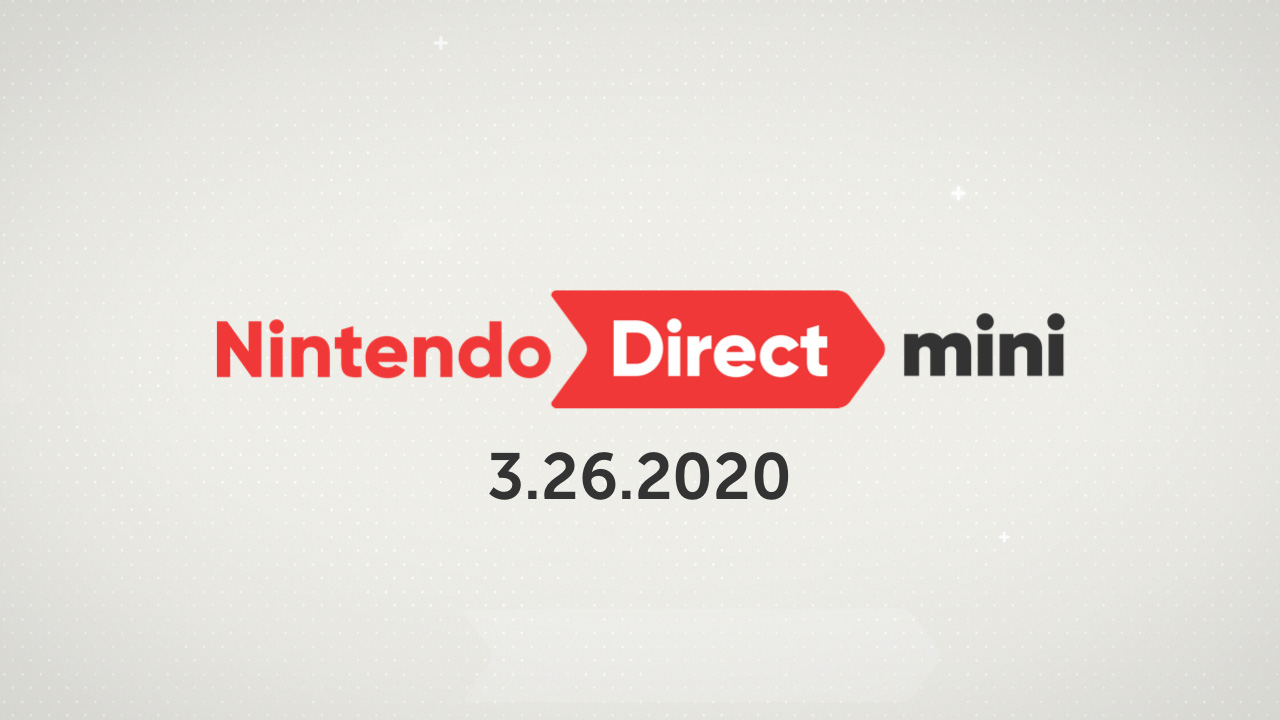 REDMOND, Wash., March 26, 2020 – During the latest Nintendo Direct Mini video presentation, Nintendo shined the spotlight on a breadth of different types of games launching for the Nintendo Switch system in 2020 – some of which are available today! Games featured in the video include sprawling role-playing adventures like Xenoblade Chronicles Definitive Edition and BRAVELY DEFAULT II; classic franchises like Borderlands, XCOM 2 and BioShock coming to a Nintendo system for the first time; remakes of fan favorites like Burnout Paradise Remastered and Panzer Dragoon: Remake; and titles perfect for both casual and longtime gamers like Good Job!, Clubhouse Games: 51 Worldwide Classics and Animal Crossing: New Horizons.The Nintendo Direct Mini also revealed upcoming content for currently available Nintendo Switch games like a free update for Ring Fit Adventure, more details about the upcoming paid DLC for Pokémon Sword and Pokémon Shield, as well as news that the first fighter in the Super Smash Bros. Ultimate Fighters Pass Vol. 2 is arriving from the ARMS game.

“No matter what type of experience you are looking for, Nintendo Switch has you covered,” said Nick Chavez, Nintendo of America’s Senior Vice President of Sales and Marketing. “In addition to Nintendo franchises, 2020 will see the Nintendo Switch library grow even more with strong support from a diverse field of publishing partners like 2K, Electronic Arts and SQUARE ENIX.”

To view the Nintendo Direct video in its entirety, visit https://www.nintendo.com/nintendo-direct. Some of the highlights revealed in the video include:

Remember that Nintendo Switch features parental controls that let adults manage the content their children can access. For more information about other features, visit https://www.nintendo.com/switch/.

**Full version of game required to use DLC for that game. Sold separately.

About Nintendo: The worldwide pioneer in the creation of interactive entertainment, Nintendo Co., Ltd., of Kyoto, Japan, manufactures and markets hardware and software for its Nintendo Switch™ system and the Nintendo 3DS™ family of portable systems. Since 1983, when it launched the Nintendo Entertainment System™, Nintendo has sold more than 4.7 billion video games and more than 750 million hardware units globally, including Nintendo Switch and the Nintendo 3DS family of systems, as well as the Game Boy™, Game Boy Advance, Nintendo DS™ family of systems, Super NES™, Nintendo 64™, Nintendo GameCube™, Wii™ and Wii U™ systems. It has also created industry icons that have become well-known, household names, such as Mario, Donkey Kong, Metroid, Zelda and Pokémon. A wholly owned subsidiary, Nintendo of America Inc., based in Redmond, Wash., serves as headquarters for Nintendo’s operations in the Americas. For more information about Nintendo, please visit the company’s website at https://www.nintendo.com/.

About Marvel Entertainment: Marvel Entertainment, LLC, a wholly-owned subsidiary of The Walt Disney Company, is one of the world’s most prominent character-based entertainment companies, built on a proven library of more than 8,000 characters featured in a variety of media for over eighty years. Marvel utilizes its character franchises in entertainment, licensing, publishing, games, and digital media.
For more information visit marvel.com. © 2020 MARVEL

Burnout Paradise, Bioshock, Catherine and Xenoblade! I am hyped by this 25 minutes of hype 🙂