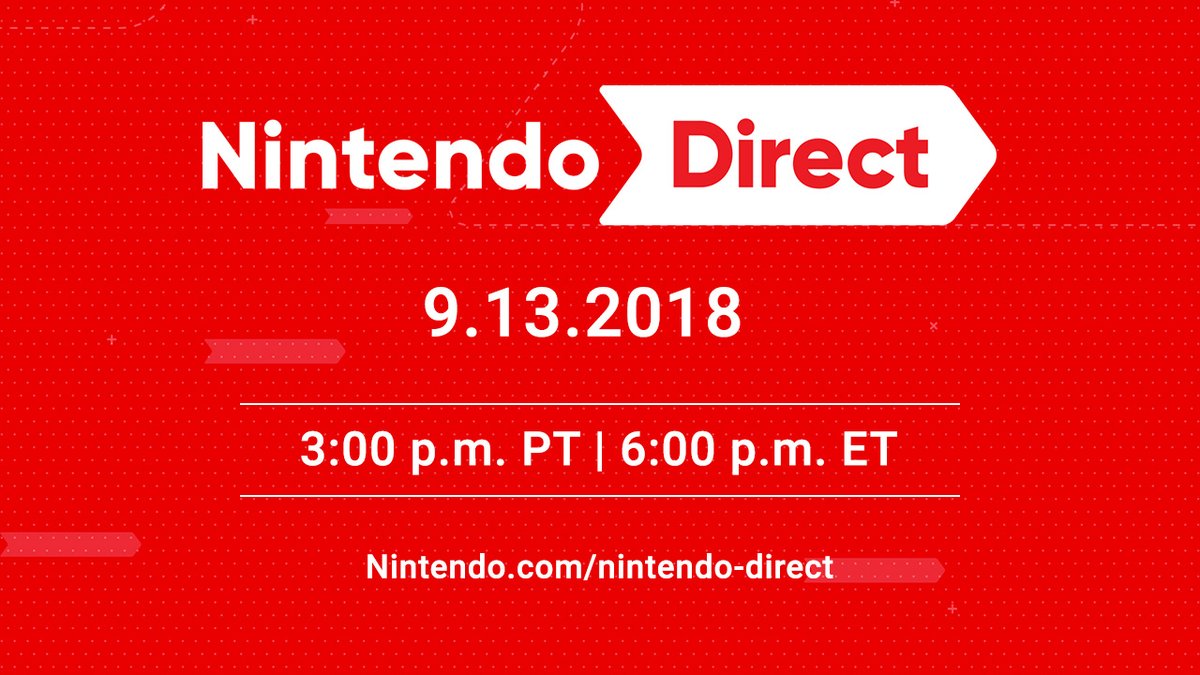 So, looks like we’re now back to waiting a mere day for the Nintendo Direct that was originally scheduled for last week (9/6/18), but ended up getting rescheduled due to a typhoon that hit Osaka, Japan awhile back and a 6.7 magnitude earthquake that hit Hokkaido, Japan about a day or two before the direct.

The direct will still reportedly be 35 minutes, according to a video by Gamexplain. (Congratulations on 1,000,000 subscribers, by the way; You guys definitely earned it!) It will be streamed/broadcast at 6:00pm EST (3:00pm PST and 11:00pm BST).

Coincidentally, this means that it’s been a whole year since the last (personally known) major full-on Nintendo Direct. (The last one was on 9/13/17)

The fact that it remains at 35 minutes in length despite some “leaked” or shadow-dropped announcements such as the Megaman 11 demo releasing that day or the steal-announcement of Final Fantasy XV Pocket Edition for the Switch is a bit concerning, if we’re being totally honest.

Regardless, I’m excited to potentially learn more about the likes of ATLUS’s Etrian Odyssey Nexus (And cry over the lack of localization for Etrian Mystery Dungeon 2) and hopefully get a release date/window for the English dub of Persona Q2: New Cinema Labyrinth (There was a 4-month gap between the Japanese release of the original Persona Q: Shadow of the Labyrinth on June 5th, 2014, and the North American release date of November 25, 2014, while European areas got it 3 or so days later and Australia got the game on December 4th, 2014, so If that pattern repeats itself this time around, then the hypothetical release date should – possibly -be about. . . March 15th, 2019.)

I’ve heard talk about Isaac from Golden Sun potentially being given a character trailer for Smash Bros. Ultimate, so this’ll be an interesting event as well by all accounts.

As usual, stick with Joycon Gamers for all of the greatest (and not so greatest) and latest breaking pieces of news about the Nintendo Switch, the Nintendo 3ds line of systems, the latests announcements of Nintendo versions of current and last-gen games, and everything else Nintendo-related as well.