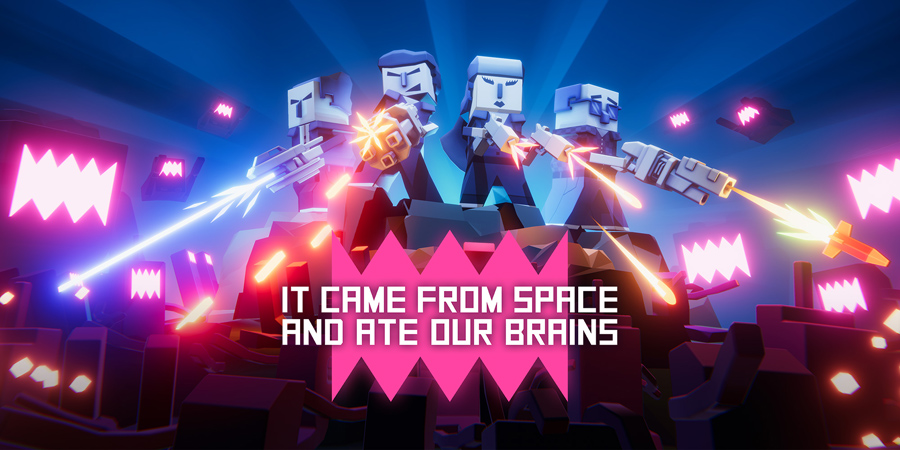 It Came From Space And Ate Our Brains Review

It Came From Space And Ate Our Brains by ALL IN! Games is a top-down arcade shooter that is unique.  The name alone was intriguing enough that I wanted to play and see what the “It” from the title was.  Not to mention the fact that I enjoy shooting aliens, zombies, or whatever the foe may be in a good arcade shooter.  There is something to be said for a game that allows you to revel in the destruction of the bad guys.  This game excels at that as you venture out and fight aliens to survive and save the earth. 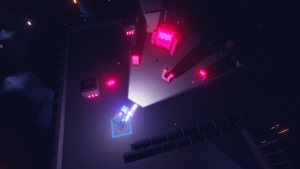 The gameplay is fairly simple.  You are the main character moving through the various levels with your weapon seeking to destroy the aliens and survive as you work your way to reach the end of the level.  Along the way, you shoot aliens and boxes that appear to receive power-ups and advanced weapons enabling you to make your way further through each level.  The game’s style although formulaic for a top-down shooter is enjoyable.  My biggest complaint with the gameplay is the aiming of your weapon.  Moving the R thumbstick is very subjective and I found myself overturning and having a hard time zeroing in on the aliens and targets.  This detail could have been helped with a setting that lets you adjust the sensitivity of the controls in the settings menu.  That being said the game was still enjoyable whether you play it on your tv or in handheld mode.

It Came From Space And Ate Our Brains comes with several features.  It has Campaign, Survival, and Tutorial modes to play.  We will start by discussing the latter.  The tutorial mode is a basic walkthrough of the controls of the game so that you understand the objectives and how to play. The campaign mode is the meat of the game.  This is made up of six levels with four difficulty settings for each level.  These levels are Rooftops, Clinic, Alleys, Sewers, Riverside, and Cave.  The difficulties available are Easy, Medium, Hard, and Insane.  Survival mode has a total of twelve different levels that can be played on the same difficulty levels from the Campaign mode.  Both Campaign and Survival Mode can be played with up to four players in co-op.

The games art style is interesting.  For a simple game, you would expect basic graphics but they have fleshed out the background with varying colored lights to shine on buildings that make them stick out from the darkness of the game.  The tone is set through the darkness that becomes illuminated as you move through the levels with your flashlight.  Adjusting the graphics in the setting is key to having an enjoyable experience.

The games techno heavy soundtrack was not appealing to me and led to enough annoyance that I turned it down in the settings menu.  This option was beneficial as I was also not a fan of the sound effects in the game.

With a title like “It Came From Space And Ate Our Brains” what’s not to like about this game.  The difficulty level even on easy gave me a challenge in the levels and the overall creepy factor of the glowing alien eyes set against the dark background of the game were pretty spooky even with block characters.  I played solo and enjoyed myself.  I can see it being a lot of fun in co-op mode with friends and family as you all grab a controller and fight to save your brains.