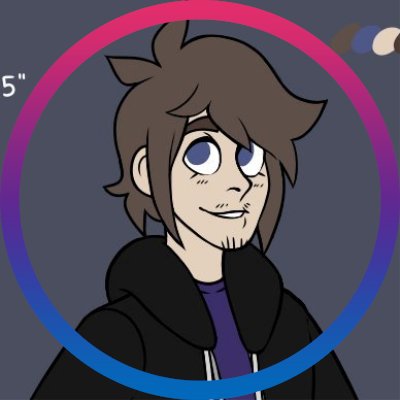 INSPIRING: Many Decent-sized-profile Twitter Users Join Together to Try to Make a Dying Fan’s Final Wish a Reality

DISCLAIMER: The reason most of us on Twitter are coming together in such an inspiring way is tragic and may be tough to read for some readers. As such, viewer discretion is advised.

Today, something truly remarkable is going on in the usually crazy realm of Twitter.  A random, out-of-nowhere tweet by Alex Rochon (The guy who started an entire countdown community, essentially) has gone viral. Every popular Youtube you can think of that has 200,000+ subscribers at minimum up to the 1,000,000 Subscriber mark is getting asked, pleaded to, and begged to help out in the efforts of a gigantic video game community in coming together to get Nintendo of America to notice what I call the “Chris Taylor’s Final Smash Ultimate Wish”  movement. (Corny, I know), and let Chris Taylor, who has Osteosarcoma – a malignant and rare form of Bone cancer that eventually got terminal – have a chance to play some form of Super Smash Bros. Ultimate before he dies.

He sadly now is bedridden, and he has only 2-3 months left to live at the time of this article’s publication.
On a somewhat related, but non-Nintendo note,  Efforts from the Devil May Cry fanbase, whose series had no tie-in with Nintendo outside Vergil, Dante and Lady appearing in the Project X Zone games for the 3ds as well as appearing in Marvel vs. Capcom 3 for the Wii some years ago, have picked up in an attempt to get Capcom to give Chris a chance to play Devil May Cry V in some form before he passes from Terminal Osteosarcoma, which over the course of the last two years,- according to Chris himself – have spread to his adrenal glans, lungs, and kidney. This disease, -if not detected and dealt with properly – can progress (and in his tragic case, it has) to the point where even moving a few feet or inches puts the unfortunate person with this cancer into a coughing fit that’s especially hard to recover from if/when the bone tumors are in the person’s lungs.

The initial tweet from Alex Rochon has, at the time of this article’s publication, 5,824 Likes, and 5,242 Retweets.

Someone tagged some of the many members of The Runaway Guys (Chuggaaaconroy, Lucahjin, ProtonJon, etc.).
I got in on this as well, tagging people I know and have interacted with on Twitter and/or YouTube before such as SuperMarioT, SomecallmeJohnny (Who JUST put out his tweet in support of Chris Taylor), MysticDistance, Gamer_Fudo23, etc.

Others have tagged the Gamexplain crew, while some have probably tagged the Brainscratch crew by now.

Regardless of the circumstances,  seeing everyone of us who have different backgrounds, console preferences, game preferences, etc. all come together to support a complete stranger in a coordinated and long-winded effort to get Nintendo of America or Capcom to let Chris play Super Smash Bros. Ultimate and/or Devil May Cry V, respectively, is very heartwarming and putting our differences and personal grudges and dislikes of various other gaming things (Like EA’s refusal to remove gambling-esque loot boxes from FIFA 19 resulting in a criminal investigation by Belgium, the vote to outlaw memes – including game-based memes – in Europe, the Switch Online service, to name just 3) to help a single person out  with hopefully getting one or both of his final wishes granted is a powerful and moving display of the very best that humanity has to offer.

All of us here at Joycon Gamers will support this coordinated effort as much as we can and for as long as it takes, until we either get the desired result or until Chris inevitably dies from his rare terminal bone cancer (Osteosarcoma).

As part of this effort, we will keep this article up to date with new info, and if any significantly meaty developments occur, for better or for worse, then a new article detailing said updates will be created and published.

NOTE: The article mentions that Nintendo of America should get involved, when Chris is, in fact, Canadian, and thus future efforts and messages of pleading and stuff in this current endeavor should go to NIntendo of Canada, and ironically, no one’s mentioned Nintendo of Japan as a contact option despite the fact that they’re the ones who publish the game for the country the company was founded and based in first.

On a related note, IF we want this effort to succeed, Bandai Namco Studios and Sora Ltd. are the real companies we should be contacting, as they’re the ones who’re developing the game.

Sorry for the misinformation and any resulting confusion that this post may or may not have caused.