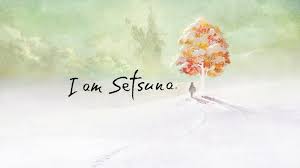 In light of Octopath Traveler’s eminent release, I have been playing I Am Setsuna. While it does satisfy that JRPG itch, it fails in a few other areas. Most of those issues would not be as prevalent if were not compared to Chrono Trigger so frequently. I Am Setsuna is a good JRPG, with fun and engaging battles, a gut-wrenching story that will give you the feels almost every time you play, and beautiful music to travel the world to. It stands alone as a great game, but it falls short of the Chrono Trigger level expectations. When comparing any game to arguably the best RPG of all time, it is bound to fall short. Do not pass on Setsuna just because it is not as good as Chrono Trigger. It is a better game then it is given credit.

I Am Setsuna follows the story of it titular character as she goes on a pilgrimage to save the world from a monster infestation. The player is placed in the role of the silent protagonist, Endir. He and a few other characters assists Setsuna on her journey to rescue the world from a terrible fate. Though it may sound like your standard JRPG fair, rest assured that it has a heart-breaking twist that makes the player feel for the people in the story. It is fairly unique, but the gameplay is nowhere near as original. The Chrono Trigger comparisons begin with the gameplay.

The battle system is call back to Chrono Trigger’s active battle system, even displaying the same command options as the legendary RPG down to the letter. Battle resolve quickly, and they feel really good to complete. Using special abilities called techs and combos to dispatch enemies quickly and efficiently became my favorite part of the game. Certain attacks influence where on the battlefield the player characters and enemy characters end up. Combined with every attack having some area of effect, this makes each battle feel like a puzzle. Sure, you could sit and spam regular attacks the whole battle and win in most instances, but you will be sustaining heavy damage if you choose to do that. Overall, the battling is entertaining. It is what keeps the game interesting from start to finish.

Where I Am Setsuna falls short is in all the poorly explained menu stuff. This is exactly where the comparison to Chrono Trigger absolutely destroys Setsuna’s chances of living up to such high expectations. Chrono Trigger was intuitive and easy to understand while still keeping the player engaged with solid gameplay. If Setsuna would have dropped the flux bonus system (bonuses given to special moves that are added randomly after battle) and the talismans (equipable items that determine how many techs can be equipped and what flux bonuses can be added to those techs), I Am Setsuna would have been a truly great game. Because it is muddled down with unnecessarily difficult to understand menus and systems, it falls short.

Will Chrono Trigger ever get a true sequel? Probably not for a while, if ever. Does I Am Setsuna satisfy the need for a new Chrono Trigger? It may not be perfect, but I Am Setsuna fills the gap better than any other RPG in recent memory. Do not sleep on this game. If you love JRPGs, go pick it up.

Adam (Tenders) Henderson is an avid gamer and YouTuber. Check out his channel for more discussion about RPGs and other Nintendo games.

View all posts by tenders