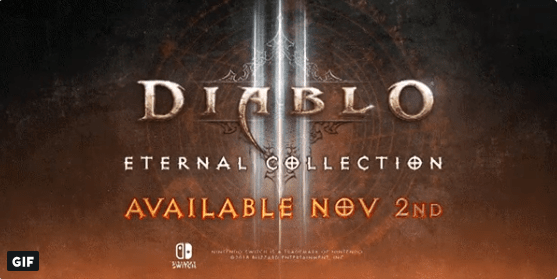 As a result, the sales for Diablo III: Eternal Collection might be slightly negatively impacted because Pokemon – both as a franchise and as an individual dual-version simultaneous release – has existed long before Diablo was a thing in most gamer’s heads from back in the day, and has – on average – sold AT THE VERY LEAST – 1,000,000+ copies per game, no matter the type and/or regardless of questionable overall quality. (The only exceptions in this mega franchise’s history are Pokemon Trozei – which sold only 590,000 or so copies at the time of this article’s release, and Pokemon Dash – which sold a respectable 770,000 copies as of this article’s release.)

Irregardless of such, I do hope to get Diablo III: Eternal Collection ASAP so I can play it and review it for this site, but more importantly, I want to do so so I can show support to the 3rd-party companies who made this game, and tell them that “Hey, I like this game partly because it’s on a portable home console I can take with me anywhere I go. It’s amazing. You should bring more of your company’s libraries of games to the Switch.” – or something to that effect.

Diablo III: Eternal Collection on Nintendo Switch will come with a Ganondorf skin, some Zelda-themed gear and Cuccos. (Yes, I’m am NOT kidding on that last one, folks)

Now, to patiently await word on a release date for Warframe on the Nintendo Switch. . .