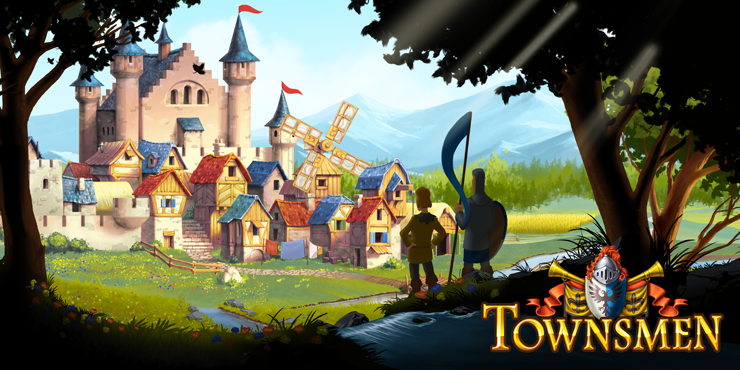 Do you have the urge to build your own town? Do you like organizing production chains, taking care of the needs of your population to grow your small village into a large prosperous city? Soon you will be able to at home or on the go with your Switch console with Townsmen.

Townsmen for the Switch is based on the Townsmen series and comes with a load of scenarios for players to entertain themselves with, 26 of them to be exact, including protecting your city against a siege from bandits or organizing the kings birthday party to success. If that doesn’t suit your fancy, You can play one of 24 sandbox maps and build your own city from scratch. It’s truly up to you to be a wise ruler and planner for your cities inhabitants.

The game allows players to research up to 75 difference technologies, 45 different production buildings and 129 other structures, all of which you will need to be successful. Townies will react to your city’s layout depending distances, and will be affected by different elements that will occur, such as requiring more water during summer.

Townsmen is being published by HandyGames and will be available for the Nintendo Switch on November 9, 2018, for $19.99 on the Switch eShop.