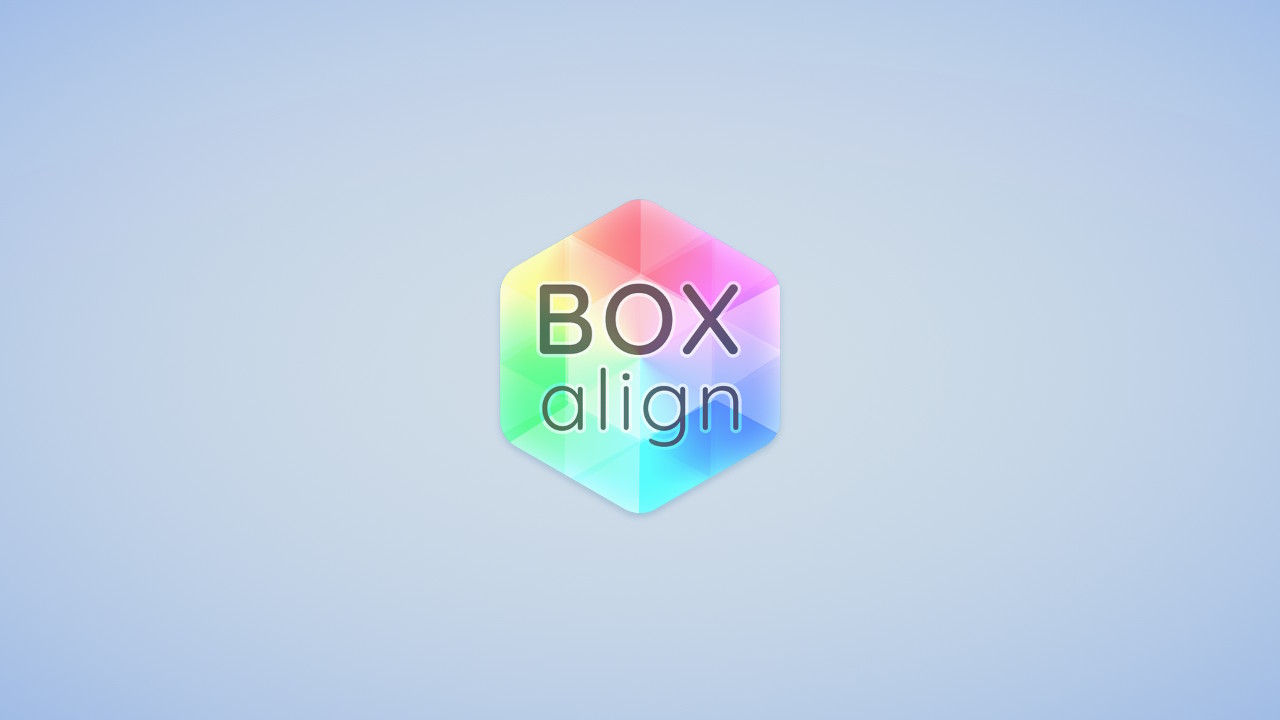 Box Align, developed by Kasulo Studios and QUByte Interactive, provides dozens of puzzles but few reasons to push through its challenges.

The concept of Box Align is simple: combine cubes of the same color into groups of three or more in consecutive steps. While this is easy at first, levels quickly increase in complexity as more boxes and colors are arranged in different starting positions. 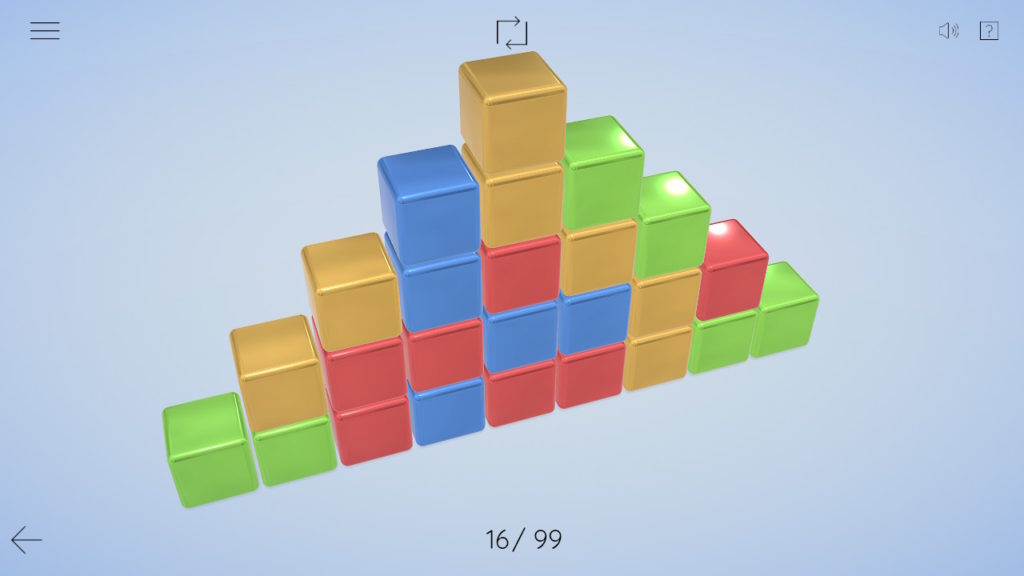 An additional layer of complexity is added when three new types of boxes are introduced.

A cube with black corners can’t be moved, meaning that you must find a way to work around or eliminate these anchored blocks. 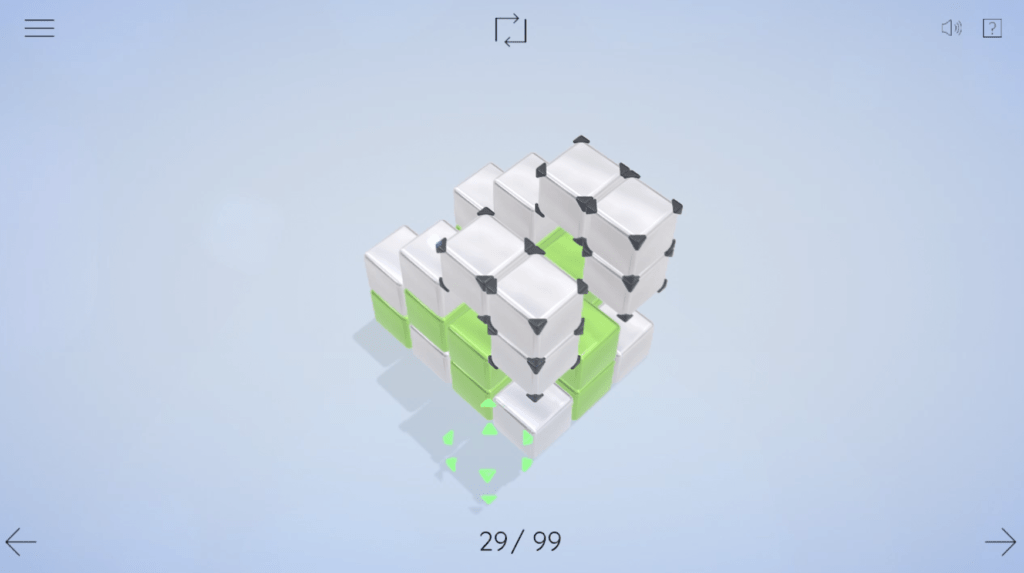 Another type of cube sparkles in multiple colors. Like blank tiles in Scrabble, these rainbow blocks are “wild,” meaning that they can be combined with boxes of any color. 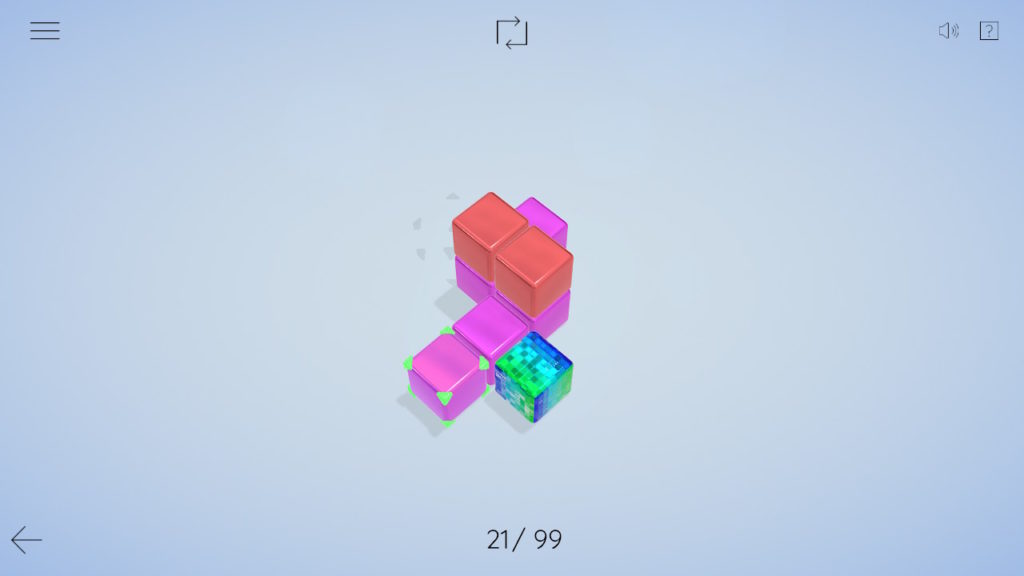 Last but not least, some boxes are locked in cages, requiring the player to combine them in a group of three or more before being released.

It’s clear that a great deal of care went into designing the puzzles, including their progression in difficulty. The unique functionality of different boxes as well as creative arrangements provides variety that may be enough to motivate some players to persevere.

What could be better?

Box Align is rightly priced at $1.99 because many things could be better. Touch controls are often difficult to use and lack optimization, so I preferred playing with the Joy-Cons. For larger puzzles, especially taller ones, the camera can be frustrating because rotating and zooming don’t feel natural. Perhaps my biggest criticism of Box Align is the unrelenting use of a single arrhythmic, ambient music track. At first, the ebb and flow of the chords invite calm, but after a few hours of playing, I desperately wanted something new. Providing a new musical landscape every few levels may have encouraged me to keep playing by providing a sense of progress and achievement. Instead, what was intended to help me relax became frustratingly monotonous.

Box Align is currently available as a digital download. If you’re passionate about puzzle games, and you’re looking for an affordable way to spend a few hours, this title may be worth its modest price. Given my frustrations with Box Align’s camera, controls, and music, I recommend investing your time elsewhere.

A copy of this game was provided by the developer/publisher for this review.