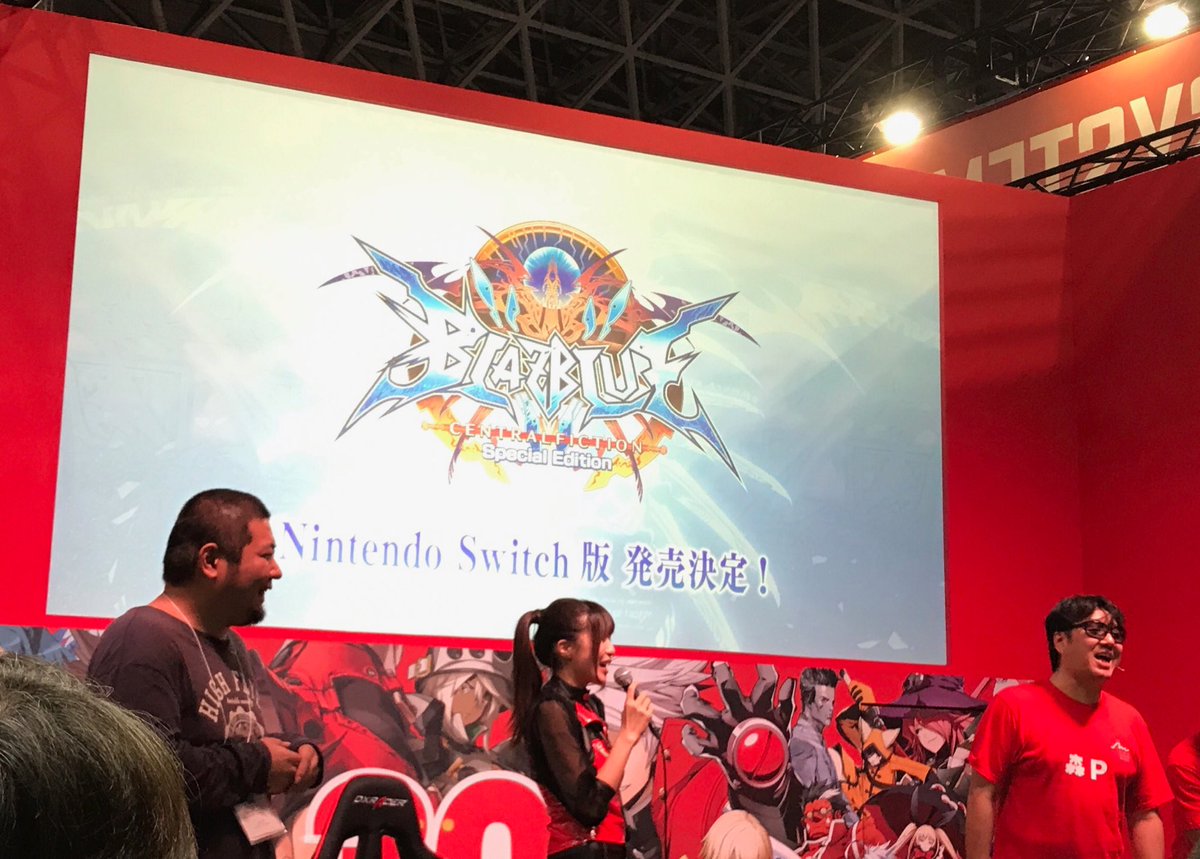 BlazBlue: Centralfiction Special Edition Coming to Switch “in the future.”

A few months ago, Arc System Works made a crossover fighting game featuring the casts of the Blazblue series (A series that started as a Playstation-exclusive – who have then gone on to appear in a 3ds port of Blazblue: Continuum Shift II and a few 3ds-exclusive (As far as I know) chibi-esque spin offs), as well as bringing the casts of Under Night In-Birth EXE: Late{st} (The late{st} -heh – game in a series 2d Visual novel fighting games), RWBY (An anime web series), and the Persona 4 Arena cast (Which consists of 6 Persona 4 characters, one P4A-exclusive character, and 3 Persona 3 characters) onto a Nintendo Home/handheld console for the first time.

This also marks the Persona 3 and 4 casts’ first appearance on a Nintendo Home Console. That’s pretty damn awesome. About time! Maybe in due time we can get a Persona 5 port for the Switch or at the very least something Persona 5-related on the Switch, please, ATLUS?

I played that mega crossover game for a few hours, and then I suddenly quit playing it due to a constant stream of games that would end up being shown off and be released over the course of not just the  recently released titles, but also the rest of this year, and even into next year as well, especially for this system. (Look at Warframe, Dark Souls: Remastered, Diablo III: Eternal Collection, Pokemon: Let’s Go, Pikachu!, Super Smash Bros. Ultimate, Undertale, Freedom Planet, Megaman 11. Chocobo’s Mystery Dungeon: Every Buddy,  Final Fantasy XV Pocket Edition,  Shovel Knight: King of Cards, Travis Strikes Again: No More Heroes, Yoshi’s Crafted World, Fire Emblem: Three Houses, Luigi’s Mansion 3, Animal Crossing Switch, Doom: Eternal, and potentially so many more that I can’t count right now)

Point is, the Blazblue series is continuing to appear on Nintendo systems, and if we want more of Arc System Work’s games and properties to show up on this lovely console, then buy it when more info such price and release dates are released, regardless of the presence or lack thereof of a dub. That way, we can potentially get more games like Under Night In-Birth Exe:Late[st] or Arcana Heart 3 or even the upcoming Arcana Heart 4 on the console.

Hey, if SquareSoft/Square Enix’s FInal Fantasy VII, a PS1 classic, can make it onto the Nintendo Switch, a system that uses Flash cartridges when the game skipped the N64 due to prioritizing cartridges over discs and lead in part to the creation of the PS1, then anything’s feasibly possible.

Now, if we hear anything about those “big” SEGA Ages announcements at TGS 2018 as “promised”, then I’ll let you know ASAP.